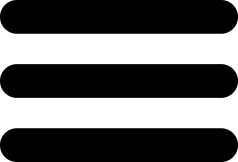 - +Why do hard drives fail?

Hard drives are considered temporary data storage areas can fail for a number of reasons.  Often the simplest of reasons causes a drive to fail.  This can include failure due to:

- +What is logical failure?

- +What is physical failure?

Physical Failure: Is where a mechanical component has failed or been physically damaged – Common physical hard drive failures include head crash, head failure, bearing seizure, motor failure and blown chips on the PCB.

NO! Data Recovery rates are dependent on the nature of the failure.

- +What are disklabs levels of data recovery service?

Priority Service– 5 – 7 working days.  When you Job arrives into the building it is put in a queue at the front of the standard service hard drives and is worked on next.

Emergency Service – Immediate diagnosis and recovery- in the fastest possible time scale dependent upon the problems and the volume of the data.

RAID 0 also known as a striped RAID consists of 2 or more drives. RAID 0 splits the data evenly across the available disks. RAID 0 is not a true RAID as it offers no redundancy and is primarily used for increased performance of the system. It is also often used to increase storage capacity for users with 2 smaller capacity drives to in turn create a much large volume.

Some common faults that we recover data from Raid 0 system are:

* One hard drive physically failing causing the array to fail.
* The File structure becoming corrupt on the array and losing the all the data.
* User error incorrect setup of the RAID. Confusing RAID 0 (Strip) and RAID 1(Mirror). So removing one drive thinking that all the data will still be on the other drive.

RAID 1 often referred as a Mirror RAID. The RAID works by writing the same information to two or more drives simultaneously. In effect, the data is written to a drive and the write process is simultaneously mirrored onto the second drive. This offers you a level of reliability not found with RAID 0. If one drive fails then a duplicate of all the data is on the other hard drive.

Some common faults that we recover data from this type of RAID are:

* Users not checking that the mirror is correctly setup and when the primary drive fails realizing that the data has not been written(mirrored) to the second drive.
* Unprotected power supply surging and blowing both hard drives.
* Following a catastrophic data loss the incorrect drive gets removed and the is then rebuilt over.

Common Failures to Raid 5 arrays that we recover data from:

* Poor management of the array leaving 1 drive failed and not replacing the unit before a second drive fails.
* RAID controller losing the configuration/rebuild of array
* Incorrect removal of failed hard drive from the array then attempts to force the array to rebuild.

- +What should you do if you have experienced a critical data loss?

For customers with single drives, back up devices or Laptops.
1. Switch the computer off.
If the power is off, it can’t do any more damage!
2. Leave it off!
Don’t restart the computer; it can often compound the data loss.
3. Do not open the Hard Disk.
Do not attempt to open the hard disk and fix it yourself, it is a complicated electronic device, with sensitive parts that will be damaged by minute dust particles.
4.  Call Disklabs on 01827 55999 and get free advice.  Disklabs have three levels of service to suit your requirements.

For RAID Array customers
1. Switch the computer off. If the power is off, it can’t do any more damage!
2. Do not try and rebuild your system.  If you have, not all is lost but you must power down you array immediately.
3. Do not try a swap the drives around.
4. Call Disklabs on 01827 55999 and ask for our customer service RAID experts (we have three) and get free advice.  Disklabs have three levels of service to suit your requirements. Remember we will collect your array, work round the clock and return you data causing the least disruption to your business.

- +How is the data returned back to me?

We can copy the data to any device you want, (hard drive, memory stick etc). If you don’t send one in, we can sell you one.   Unfortunately we are not able to return data back on the original hard drive or device.

To undertake Cell Site Analysis we require the following:

Digital forensics is where an expert would undertake an investigation on digital devices such as phones and computers.  Using approved and  established equipment, software and techniques to image, analyse and present their findings based on the data that resides on the digital device in question.

Corporate clients and Government agencies who need the reassurance that unwanted yet sensitive data has been certifiably and securely erased within their facilities, adhering to both corporate governance and legal compliance.

Disklabs uses Blancco software to destroy all the data on the hard disk by overwriting every track, sector and cylinder of the hard disk with a chosen data erasure algorithm dependant on the level of erasure/standard required.

- +What standards does Disklabs service meet?

Disklabs erases data to meet the enhanced erasure requirements set by the British CESG Infosec in HMG Infosec Standard No 5.

- +What standards are met?

Blancco is also compliant and meets the following security standards:

- +Where can I buy your Faraday bag products?

You can find your nearest distributor on our Faraday Bag website.

Disklabs is committed to providing the highest standard of service to all its customers. Our aim is to get things right first time, however we realise that this is not always possible. We learn from our mistakes and strive to continually improve our services.

If you are not entirely satisfied with any aspect of our service, please tell us and we will do our best to resolve the matter as quickly as possible.

The procedure set out below explains how you can make a complaint about the quality of our services.

If verbal complaints are made, staff will request that written correspondence is sent to feedback@disklabs.com confirming the complaint and enabling an investigation.

In all cases Disklabs will:

If you are still dissatisfied following the outcome of the investigation, it will be reviewed by Top Management and a response issued within 7 working days.

Do you have a question that is not answered by any of the topics covered in this FAQ?
Contact us directly and we'd be happy to help.